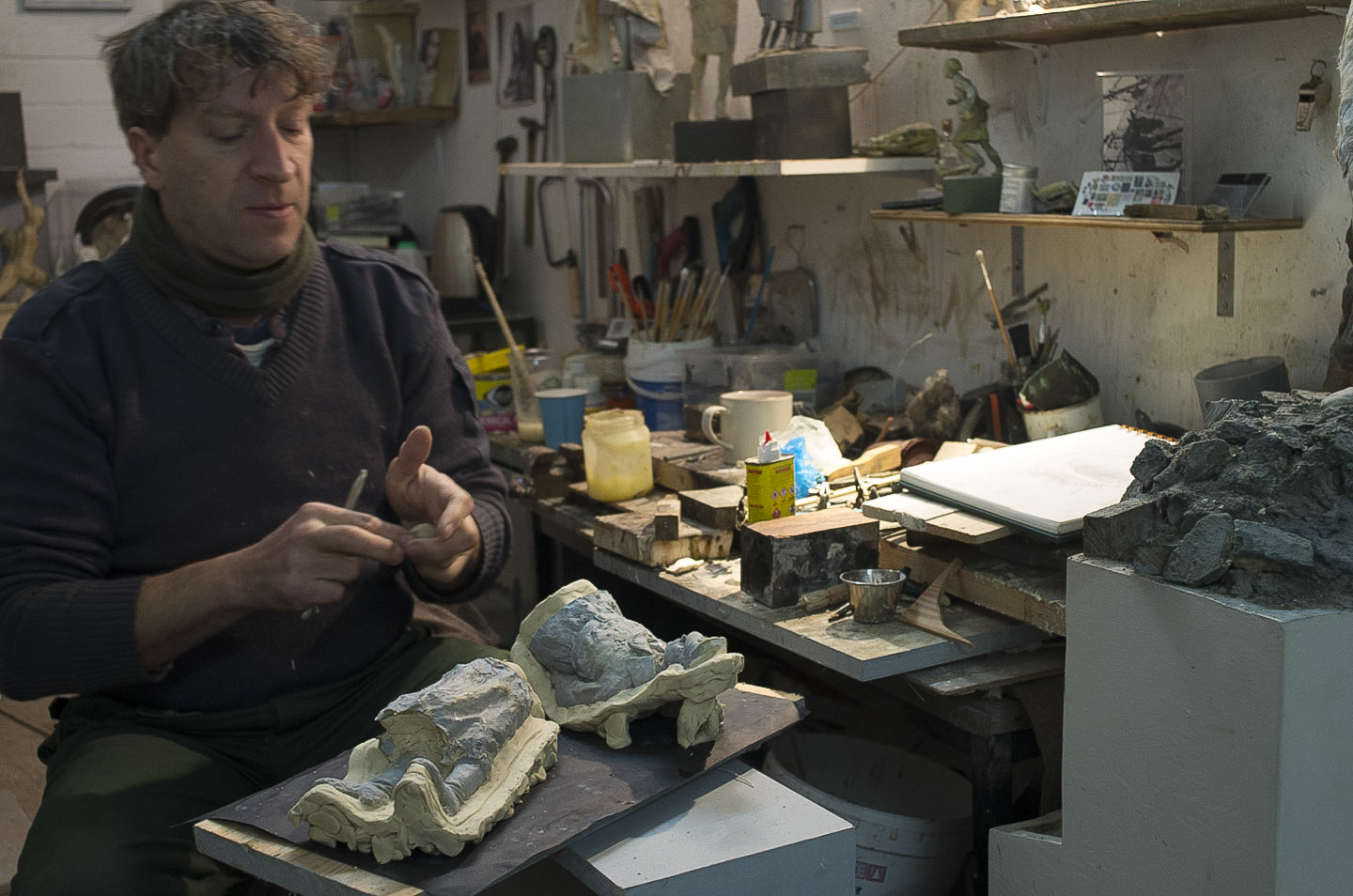 His ‘Defeat’ sculpture was the winner of the prestigious Threadneedle Prize Visitor Choice award 2012. You may like his Facebook page on this “Defeat at Stalingrad” piece.

After graduating from Winchester School of Art, a strong feeling for Russian culture lead him to St Petersburg’s Repin Academy, where he continued post graduate study. His work emphasises links with 19th century culture, and 20th century conflicts. He feels that the human figure remains the ultimate means of artistic expression, communicating in a direct unequivocal manner humanities eternal struggle. The pathos of conflict, lies central to his work. This fascination with military history – the ordeal of the soldier – bound up in his specific national uniform becomes an increasingly marginalised art genre. His inspiration is often drawn from the music of Beethoven, Bruckner and Wagner. Their work articulates mankind’s yearning for a humanised society based on traditional values in harmony with nature.